This presents itself as a novel about the beautiful game. However, it is a story about much more than football; it’s one of loss, betrayal, love, family ties and politics in an ever-changing and increasingly volatile country and is a truly compelling read.

The first part of the book switches between the present day with the reader’s introduction to Renaldo and his family before delving back into his family history and the reason he comes to be living in Argentina and is probably the most interesting section as the reader discovers the twists and turns that befall the different generations of the family.

The remainder of the book focuses on Renaldo’s fledgling introduction to the national football team and we witness his rise to stardom in stark contrast to the fortunes of his older brother Lonfranco, who finds himself under the spell of a woman who belongs to a dissident terrorist group, intent on causing havoc ahead of the impending World Cup by any means necessary.

This is a really long book, which at times, begins to feel a little over written in places. Similarly, while the descriptions of the World Cup games are an integral part of the storyline, the language used in the description can become repetitive and over-embellished. For example, towards the phrase ‘powder white and blue’ to describe the team kit becomes tiresome and you begin to wish the author would simply refer to the ball, rather than the ‘orb’ or ‘sphere’. The ending, after such a long storyline, is also a little abrupt.

That said, this is a book you find yourself continually wanting to pick up to find out what will happen next and overall, is highly recommended! 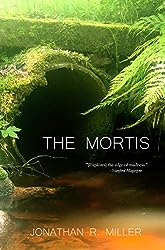 The story centres around a couple trying to survive on a remote island after the outbreak of a disease which has devastating effects on those who become infected.

This is essentially almost a horror story and some of the descriptions are quite graphic but to label it purely as this would be doing the book, and its author, a disservice. This is a novel about human instinct, relationships, the power of the mind and just how much the body can endure in order to survive in the most desperate of circumstances.

It begins slowly but rapidly picks up pace and the writing style means you often read with your pulse racing in anticipation of what might be about to happen next. The descriptions are vivid enough that you can picture each gruesome scene perfectly and this all adds to the tension as you read.

The way in which the main characters Lee and Park are portrayed lends an interesting psychological aspect and as a reader, your feelings towards each change as you learn more about them.

Overall, a fascinating read around an unusual concept!