As part of the celebrations to mark the 175th anniversary of maritime company Cunard, the Liverpool Waterfront came alive through a series of projections and a magnificent firework display.

Over the course of the weekend, Cunard’s flagships, The Three Queens, will visit the city and are expected to draw crowds of thousands eager to witness this historic event.

The Amazing Graces light show at the Pier Head featured many aspects of Liverpool’s culture along with a series of animations detailing the links between the city’s maritime history and America. 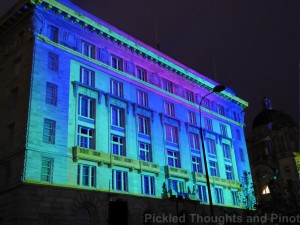 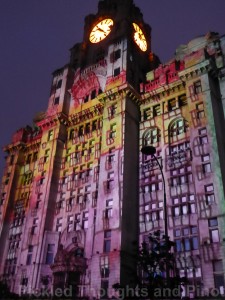 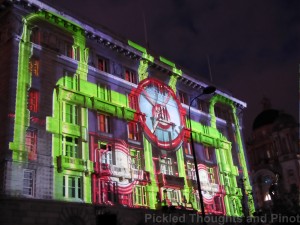 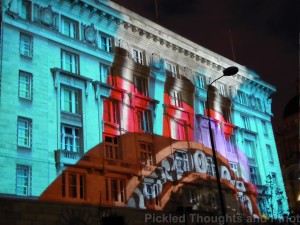 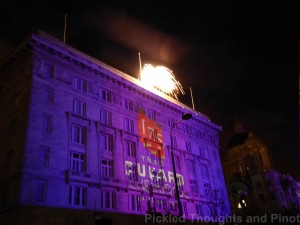 The passengers aboard the Queen Mary 2, already docked in the city and awaiting the arrival of sister vessels the Queen Victoria and Queen Elizabeth, had arguably the best view of proceedings, as they flocked to the ship’s decks to take in the show.

With the mystery surrounding the enigma that was Marilyn Monroe and the conspiracy theories that still abound years after her death, a fictional novel based around her final days is always likely to intrigue and this story by Mercedes King doesn’t disappoint.

Told through the eyes of psychiatrist Dr Charles Campbell, enlisted by Fox Studio to bring Marilyn under control so she is fit to resume filming, the reader is taken on a journey as he wrestles not only with the difficulties of maintaining a professional relationship with a Hollywood icon, but also the complexities of his own personal life.

The style of writing allows Marilyn to come alive in the eyes of the reader. We see her vulnerability, her desire to be truly loved and her insecurities- all the things we have come to associate her with over the years, revealed through her dialogue with Campbell in a way that you can almost picture the scenes and hear her voice.

There is also a much darker side to the book, as both Campbell and Monroe find their lives in danger. For years since her death, many have refused to accept the coroner’s suicide verdict, believing that the secrets she carried were too much of a threat to the Kennedy dynasty and that there was a plot to ensure she was kept quiet. This story explores this possibility, although at the end, we are still left in the dark as to the real truth.

A short, yet compelling read.

Although this is a way away from the main tourist attractions in Berlin, it’s one not to be missed.

The memorial stretches for 1.4km from Bernauer Strasse as far as Mauerpark and is filled with a host of photos, information, audio clips and even plaques to show escape tunnel routes and where those who tried to escape East Germany perished.

The start of the memorial at Bernauer Strasse 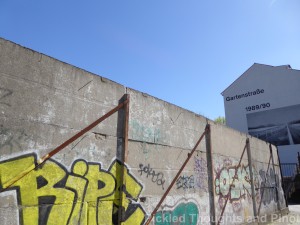 Remains of the inner wall

Perhaps the most eerie part is at the beginning where you find yourself standing in the death strip itself between the inner border strip and the wall, much of which remains in tact. One part of this strip is wholly preserved and can be viewed from the top floor of the museum on the opposite side of the road, which is free to enter and contains fascinating insights into the construction of the wall, stories of informants and those in West Germany who risked their lives helping others to escape. 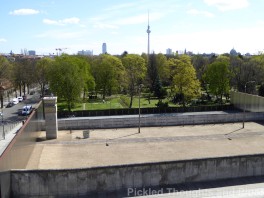 The ‘death strip’ as viewed from the museum across the street

All along the route there are photos depicting the wall through the different decades which gives you an incredible sense of what it would have been like from both sides and shows that the wall not only divided east and west but family and friends.
Perhaps most moving of all is the memorial to those who died trying to flee from east to west, old and young alike, and those who perished only months before the liberation.

One tale, documented next to the memorial plaque on the pavement as shown in the photograph below, tells the story of Olga Segler, who was separated from her daughter in West Berlin when the border was closed. In 1961, she lived in a building occupied by border police. On September 24th 1961, police began to evacuate these houses on Bernauer Strasse. Many people, including Olga, tried to flee. From the West Berlin pavement, her daughter encouraged her to jump and on September 25th, the 80-year-old woman jumped from the 2nd floor of an apartment into a firemen’s rescue net. Sadly, she was seriously hurt and despite being taken to hospital, died the next day from her injuries. 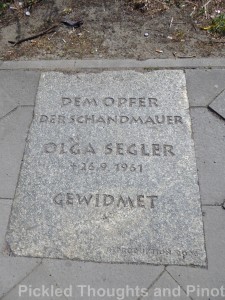 A plaque in the pavement dedicated to the memory of Olga Segler, an 80 year old woman who dies after jumping from her apartment in an attempt to flee to the west to be with her daughter.

History is brought to life in a unique way as this is more like a living museum. A must visit!

The story begins in the UK and is centred around the main character Addolorata’s search for happiness as she struggles with the routine of her daily life and the increasing distance between herself, her husband Eden and her daughter Katia. Following a suggestion from her sister that a short break away will help her re-evaluate her priorities, she finds herself alone in Venice.

Captured under the spell of the city and with a little persuasion from the slightly eccentric Coco who she meets one day in the streets of Venice, she decides to stay for the summer and begins to compile a list of the the things that make her happy, searching for the simple things in life that put a smile on her face.

Just as Addolorata is bewitched by the beauty and simplicity of Venice, the reader is similarly drawn into the story. While there are obvious references to some of Venice’s most recognised attractions, the author relies more on descriptions of everyday scenes and the lives of locals which adds to the overall appeal as you realise this story could easily apply to anyone, anywhere. The encounters with other characters add real flavour and help to shape Addolorata’s thinking as she questions whether she wants the life she had or the life she now finds herself living, albeit only for the summer.

The theme of food throughout neatly weaves together her life in the UK and Venice and the description of typical Venetian dishes adds mouth-watering authenticity. Similarly, music and, in particular, the tango, is another tool used effectively by the author to mark a contrast between the things Addolorata perceives to be the widely accepted notions of what brings happiness and those she allows herself to recognise as she becomes more comfortable with herself and her surroundings.

The end of the novel serves to provide an overall sense of perspective as a sudden change in circumstances forces Addolorata to change her focus again and all of the threads of the story become interwoven once more.

A thoroughly enjoyable read and one where, as a reader, you find yourself not only empathising with the main character, but maybe even evaluating your own outlook on life too.

The author, Zdenka Fantlova has written this book so that people never forget the atrocities that were inflicted on Jews at the hands of the Germans during World War II.

While many of us have heard about the Nazi concentration camps, to hear first-hand from the words of someone who not only endured those torturous times but survived, brings the horror to life and, as a reader, you find yourself hoping against all the odds for a happy outcome.

The writing style is succinct and easy to read, which is not always the case in this type of book. The author conveys the story simply, yet in enough detail to truly convey her life exactly as she experienced it, detailing the highs and the lows and the many ways in which those around her tried to live as normal an existence as possible.

What strikes the reader most throughout is the incredible toughness of the human body and spirit. It is impossible to believe that anyone would have the inner strength to endure such hardship, never knowing when it would end or where the next food or drink would come from, all the while being forced to carry out hard labour in near unimaginable conditions. Just when you think things couldn’t have got any worse, it seemed the ante was always upped a notch and yet Zdenka never faltered. Her father was clearly hugely influential on her positive outlook and despite being separated, their strong bond is evident throughout.

The significance of the title stems from a tin ring which is given to Zdenka by the love of her life Arno, shortly before they are separated and taken to different camps. They vow to wait until the war is over and find each other again to continue their lives together and somehow Zdenka manages to keep the ring hidden, tied on a piece of ribbon underneath what little clothes she has left. She views the ring as her lucky charm as well as a symbol of the love her and Arno share and as the story unfolds, there are several instances whereby through a stroke of luck or fate, she seems to cheat almost certain death.